Lightly edited for brevity and clarity, with approval from the interviewee.

Promise Vancouver: So Peace, can you tell us about your experience as a Promise camper?

Peace Buntu: Back when it was still called UrbanPromise, I went to one of the 4 camps that they had in B.C. called Camp Grace. It happened outside of my church and it was just like a regular summer camp for me. I went there while my dad was working during the day so it was me and my brother. I remember every year we always went to Splashdown Park and that was one thing I looked forward to every year. It was a fun time for me.

Do you remember anything about the kids or leaders you encountered?

I remember that I made a lot of friends and it was always a fun time coming in the next year and seeing how we had each changed. I also met my first crush at UrbanPromise, so there’s that.

With the leaders, I remember I really liked the attention I got from them. They always made me feel like I was the life of the party and I had a lot of fun cracking jokes with them and doing silly little pranks. But yeah, I guess the impression I had that lasted was that I was someone they looked up to and admired.

So 10 years later, you’re back at Promise, this time in the leaders’ shoes.

Yeah! After 2011, my family left Canada and when we came back, it had stopped completely so I didn’t have any connection with the friends I had made during Promise. So up until this year, I still wasn’t aware that Promise had rebooted, which I think happened in 2018.

But a friend of mine who knew that I had gone to Promise came across the job posting and she forwarded it to me. I had been looking for a job over the summer because I wanted to be here in Vancouver. It just seemed like such a perfect fit because I was kind of dreading having a sedentary job and I wanted to do something active.

I was expecting it to be more like how it was back when I was in UrbanPromise, but it seems a lot more worthwhile, I wanna say. Not to say that UrbanPromise as it was before wasn’t impacting kids’ lives, but now it’s targeting kids who need it the most, so I think that’s been pretty special.

I think when they first started in Vancouver, it was in a lower-income neighbourhood, and kind of doing what we’re doing now. But then Vancouver went through so much gentrification right? So later on, it was basically just middle class kids who were there.

Did you notice any parallels between your own experience at Promise and seeing these kids at camp?

Yeah, I was just thinking about that this past couple of weeks. One thing I remember really loving to do when I was at UrbanPromise was playing Speed and Big Two, that’s actually where I first learned to play them. And in the past couple of weeks, I’ve had a couple of girls who really like that game and it just brought me back. It was so interesting being in that same scenario except now I’m the leader, I’m the one engaged with the kids, as opposed to being the kid that’s playing with the leader. 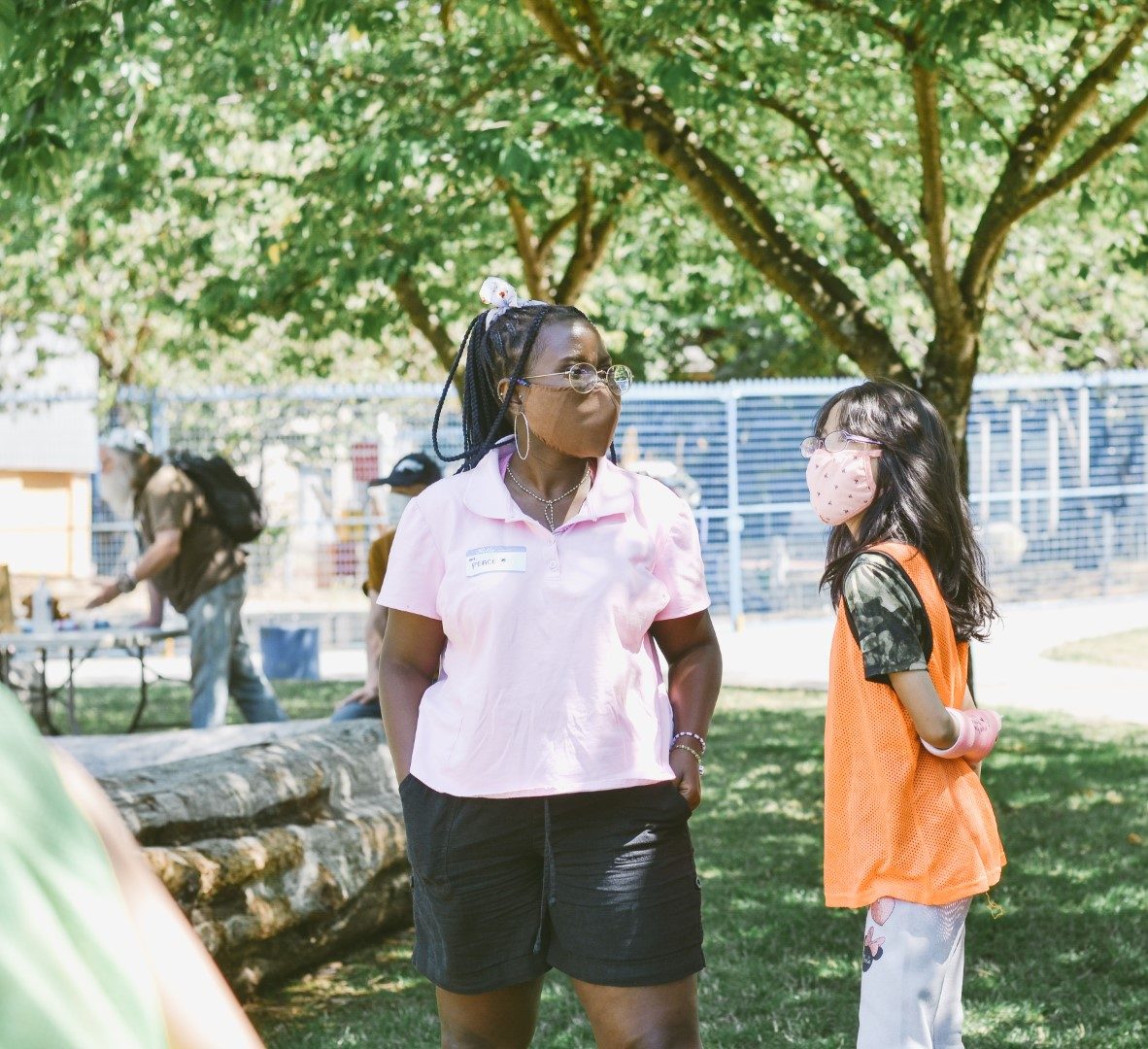 What surprised you about working with the kids at Promise?

A few of the other leaders had worked here in previous summers, so I wasn’t sure if all the kids would just go to all those leaders and I would be on the edge. But no, they really welcomed me in and I loved that.

Sometimes I’d come to work feeling tired, but the moment I start hanging out with the kids, that all disappears. They just have a way of energizing me and they make me want to come here everyday, which is pretty rare for a job. So I think the summer here has had a really positive  impact on me. 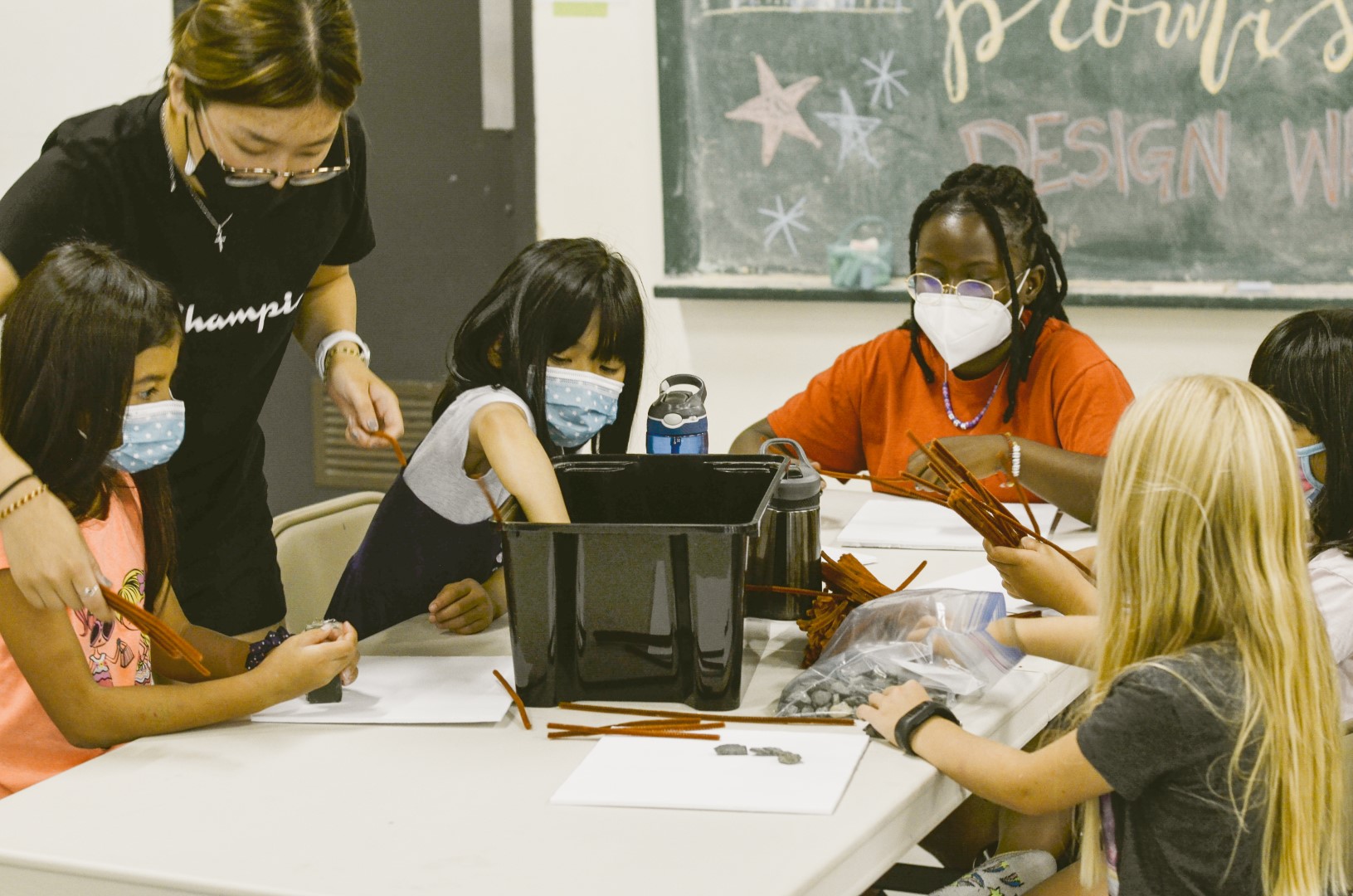 Is there a moment from this summer that sticks out in your mind?

A moment that really sticks out to me is with one of the campers. like every day, she’d come up to me and say “Miss Peace, I still remember your name!” And every day she had the exact same amount of energy and surprise in her voice. (Laughs) That’s one of the things that I think I’ll remember for a long time.

And also just playing with the kids. Just those moments when we’re doing crafts; we’ve made a lot of bracelets and rings. And playing cards. I think those calm quiet moments where we get to have real conversations with the kids, those are the moments that are going to stick with me.

Were there any kids who you noticed really changed over the summer?

This one boy, when he first came, he didn’t want to participate, he wouldn’t listen to anyone. But now, if you tell him something, he’ll listen, he has fun, he takes part in the activities, and he engages with the other kids. He’s just so full of life. Every time I look at him, he has this huge grin on his face.

There’s also this other girl who I’ve seen throughout the whole summer and she gets along with kids but she mostly likes to just stay on her own and draw. And she would engage in conversation but it was usually with just “yes” or “no” answers. She didn’t really go any further when you tried to have conversations with her.

But this past week, I’ve really seen her also come to life. She enjoys playing card games with other kids and she asks me questions, I ask her questions, and she answers in full sentences now, with enthusiasm…sometimes. So it’s been good seeing the kids grow out of their shell and engage as well. 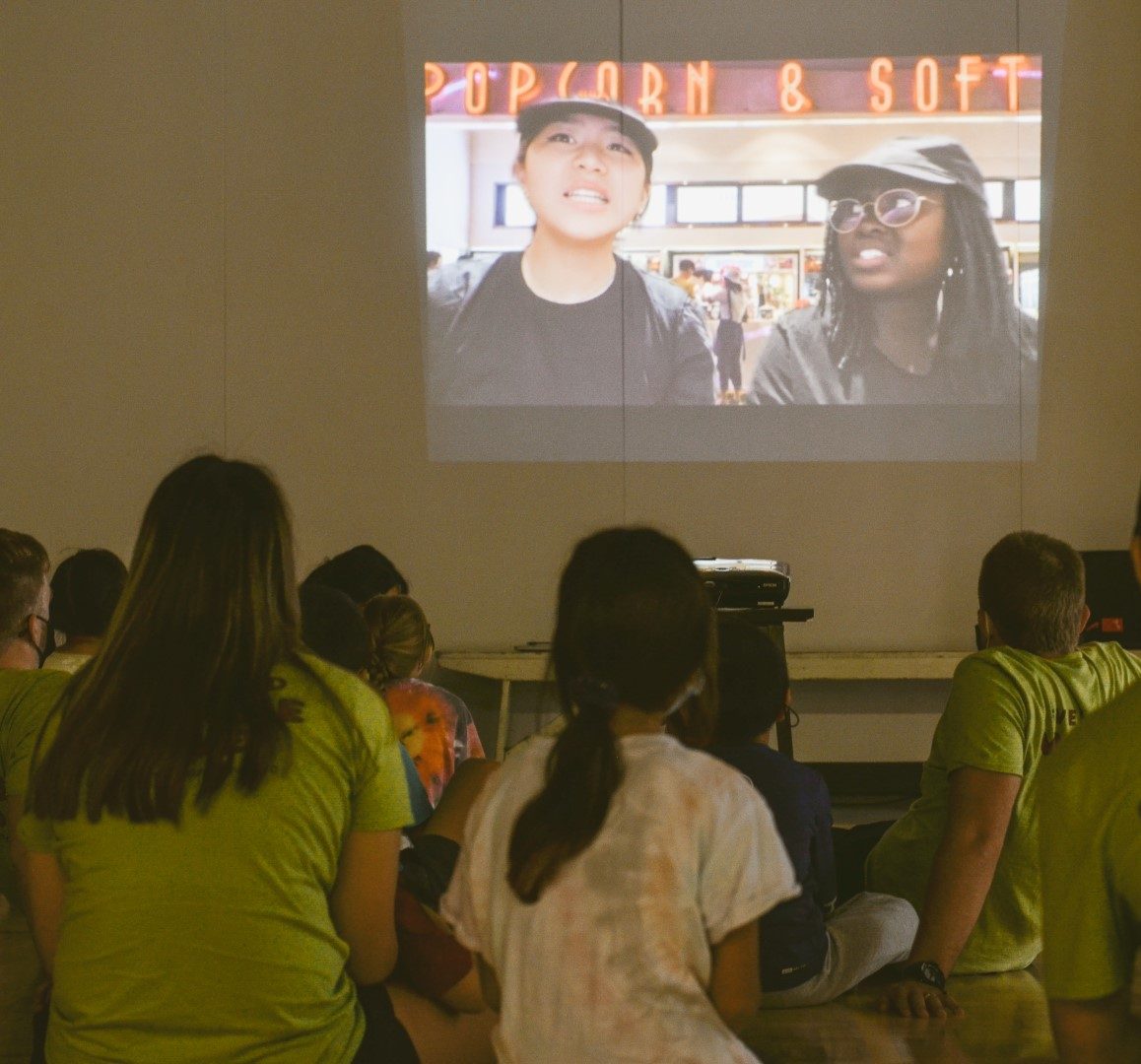 What stands out in your mind that makes Promise unique?

The team and the time we have together before we start. It’s such a rare thing! We come together and we’re there for each other. We take on each other’s burdens, and we take that time to sort of vocalize and acknowledge how we’re all coming in that day, and then put that aside and make sure we’re very intentional in what we’re doing and that we’re just here to love the kids and focus on them. I think that’s something that’s really, really rare.

And I was telling [Executive Director] Ricky [Lee] the other day that this is the only place I’ve ever worked where I know that when someone asks me how I’m doing, they actually mean it and they want to know. It’s not just “how was your day, oh I did this yesterday”, but you know we’re really here for each other, so I think that’s another thing that sets it apart from other summer programs I’ve been to.

What’s next for you?

In the immediate future, I’m going back to school, moving back to Montreal, and finishing this degree.

What are you studying?

I’m going to be going back into my 4th year of university at Concordia and I’m studying biochemistry. So just trying to finish that and it looks like this won’t be my final year, so my second to last year of university. And also going back to my babysitting gig in Montreal, so I have that to look forward to as well. 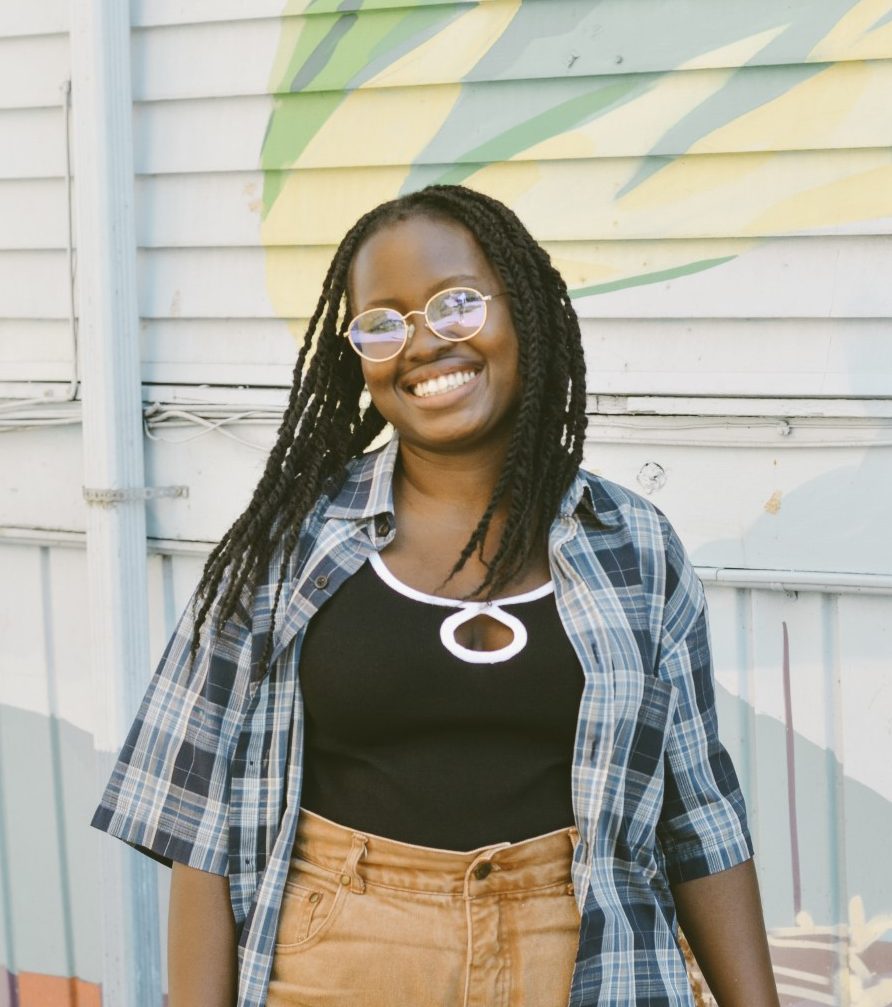 How do you see your experience at Promise playing a role in your story?

Before I came to Promise, I was sort of going through this quarter life crisis because I wasn’t sure what I was going to do with my life after I graduated or even what I wanted to do. But I was sort of starting to feel like I wasn’t super into the idea of working in a lab or being an analyst or whatever, so I think after this summer it’s given me something else to think about. Because there’s one thing that I know for sure that I like doing – working with kids – so it’s sort of pointed me in a different direction and given me something to think about.

Why is the work of Promise Vancouver important?

I do think it’s important. I really believe that every kid deserves to be valued, listened to, and loved. And I was fortunate enough growing up to have different people show me that love and listen to me and show me that I’m valued. But in this neighbourhood especially, some of these kids come from broken homes or unstable situations and I think they need that love even more, so it’s really important what we do. From the outside it kind of looks a little insignificant, like oh it’s just another day camp, but it really has a huge impact. 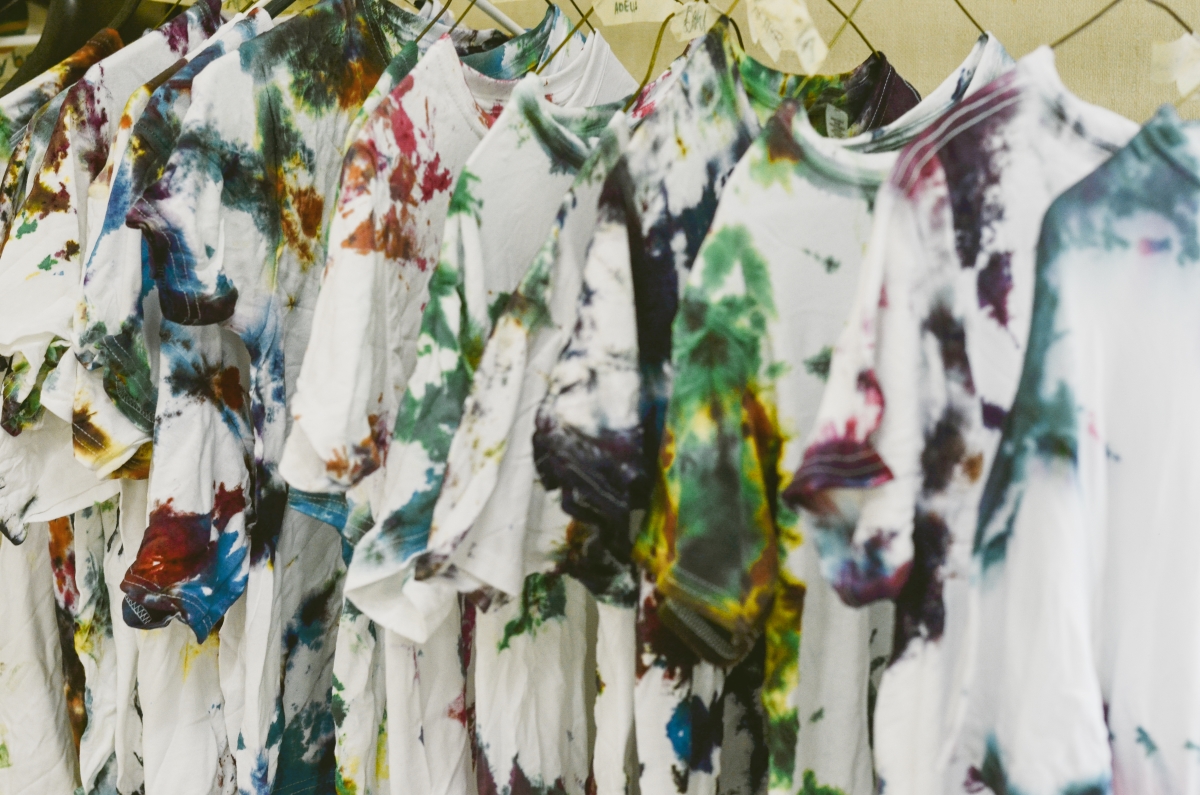 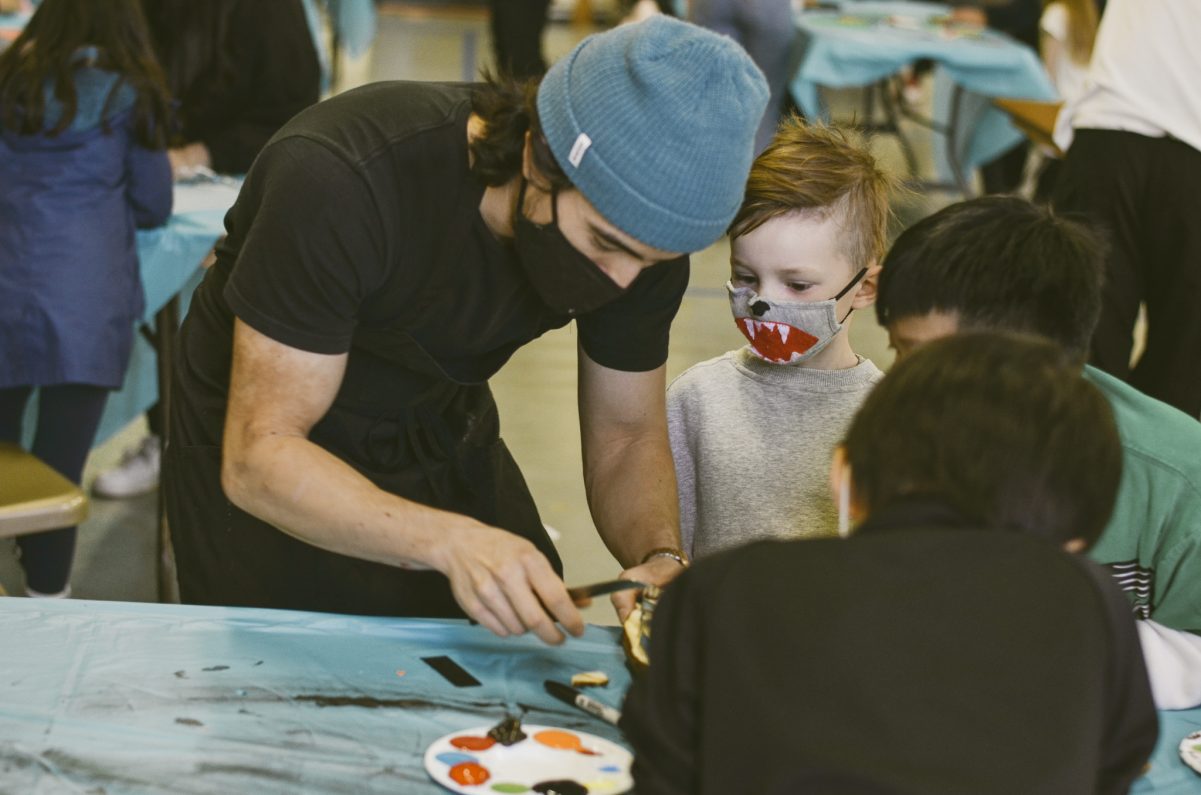